Cosmopolitan magazine is starting a monthly publication of a special application for the iPad. The pilot September issue, which can be downloaded free of charge, appeared in the App Store on August 18 and includes the best material from the print September issue. The L’Oreal Paris brand acted as sponsor of the first issue of the app.

Apart from the magazine content itself, the gives readers additional material that would be impossible to provide in print format: interactive surveys and tests, video interviews and reports from the studio, music videos and trailers. Numerous effects serve to “enliven” the magazine: animation, active buttons, text zooming and much more. The iPad application also opens up new possibilities for advertising material by making it as interactive as possible.

Alyona Shagina, publisher of lifestyle-Internet projects for Independent Media Sanoma Magazines said, “The potential of the Russian pad and netbook market is obvious because these particular devices enable publishers to realize the essence of their business models – the production and sale of content in the form of a product, and not in the form of information, as is customary with the Internet. The release of an iPad version is the second step in our program to develop the ‘e-zine’ product. As early as the end of this year, our readers will also have the opportunity to use applications for other platforms,” Shagina said. “Our goal is to provide our audience with a product that works at the height of technology and, of course, with fashionable trends and opportunities.”

Starting in October, 100 percent of the magazine’s material will be adapted for the iPad. Once a user installs the application, he or she will receive a monthly notice when the latest issue is available at the App Store. The cost of the iPad version of Cosmopolitan will be commensurate with the cost of the print version.

Ekaterina Kabakchi, operational director of lifestyle digital for IMSM said, “There is currently an active discussion as to whether the iPad is encroaching on traditional mass media, and if so, how much. It is impossible to give a concrete answer to that question, but there are definitely certain facts that cannot be ignored. Fully 450,000 iPads were sold in under one week, although it took the iPhone one month to reach the same figure. According to U.S. surveys, almost 40 percent of iPhone owners use them to read newspapers and magazines. The culture of media consumption is changing,” she said. “People want to have constant access to content, for it to be personalized and localized, and they want to be able to share it with others. The iPad makes it possible to realize this requirement with ‘rich’ interactive reading. It is the most advanced model at the moment for infotainment – when readers receive additional premium content and entertainment while remaining part of the online community. For us and for our business partners, the iPad represents a new channel of communication, new advertising possibilities and a new audience,” Kabakchi said.

Cosmopolitan is not the only magazine that will be adapted for the iPad. Independent Media Sanoma Magazines has begun developing applications for its other brands as well. 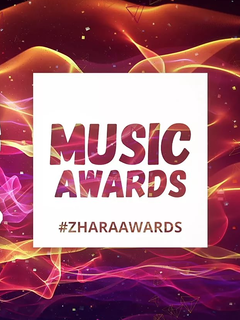