The television channel Muz-TV has launched a new project with support from Cosmopolitan magazine: “Top-Model Po-Russki.” Cosmopolitan will act as the general information partner for the program, the most eagerly awaited reality show of the spring.

“Top-Model Po-Russki” is the most ambitious television project about the fashion industry. The reality show pits 17 young women in a contest to become Russia’s new top model and to win the grand prize — a Cosmopolitan photo shoot in New York. The ladies must overcome a series of difficult challenges, giving them a chance to reach their potential and bring about a lasting change in their lives.

Project finalists will travel to the New York offices of Cosmopolitan with a photo crew for a Cosmo-style shoot. In addition, Hearst Magazines International fashion director Kristen Ingersoll will help contestants pass their final challenges and will choose the winner of the project. The young woman who becomes the first “Top-Model Po-Russki” will appear on the cover of Cosmopolitan Beauty.

Cosmopolitan editor-in-chief Alexandra Badanina and Cosmo fashion director Anna Rykova will serve as expert judges on several episodes of the reality show. In the May issue of Cosmopolitan magazine, readers will find exclusive reports from the homes of the participating models.

The show launched on April 3 and airs on Muz-TV on Sundays at 8:30 p.m. Which aspiring model will win the Cosmo grand prize? It’s not long now before viewers find out.

The VOICE: Women should Band Together for Professional Development
The brand held its own panel discussion at the 2022 ESG RETHINK FORUM. 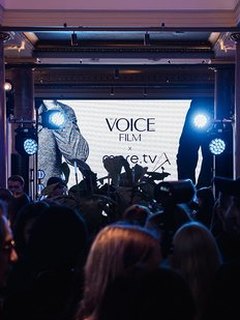 The VOICE Film brought Stars Together for Premiere of Halfsies TV Series
The VOICE Film x More.tv held a brunch at the legendary Savva restaurant in the Metropol Hotel. 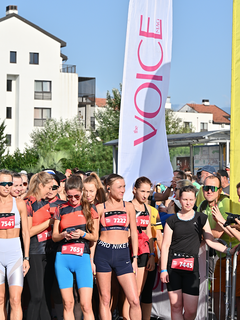 IRONLADY and The VOICE: Eat, Run, Love
The brand held a public talk at a major women’s run in Sochi.
See More