The Cosmopolitan Flirt Party was held on July 27 at the former Red October candy factory in the center of Moscow. Despite the heat, the unusual party celebrating Cosmopolitan’s 17th anniversary brought together a large number of business partners and friends of the magazine.

Guests were greeted by 100 of the most gallant men of Moscow — models, actors and other handsome bachelors. They chatted with the ladies, presented them with Cosmo fans, tied bracelets of orchids on their wrists, played “flirt cards,” and danced and posed for photos with them. As each woman entered the party, she received special Cosmo-flirt pink hearts that served as currency for the evening allowing her to purchase valuable gifts during the auction. The auction prizes given away included jewelry from Oxette jewelers, designer jewelry by Equip, a Lacoste Joy of Pink set, a romantic dinner at Bono restaurant, gift sets from the Academy of Scientific Beauty and gift certificates from Nika salons.

The Cosmopolitan Flirt Party also included lots of culinary surprises. Remy Martin French cognac presented Cointreaupolitan to the guests — a stylish cocktail based on Cointreau and served in elegant pink shakers. Visitors could also cool off on the veranda by tasting more than 40 flavors of the best Swiss Movenpick ice cream. And the hearts of all the ladies in attendance were won over by the chocolate fountain with fruit offered by the White Chocolate wedding agency. Perrier French mineral water and Pago natural juices were served as the official drinks of the event.

This year’s anniversary party included a number of special guests. British pop diva Sophie Ellis-Bextor flew in specially for the Cosmopolitan Flirt Party to perform her top hits. The Band'Eros, a group that has truly conquered women’s hearts, along with the exciting group 23:45, also performed for guests. 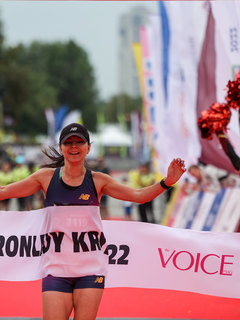