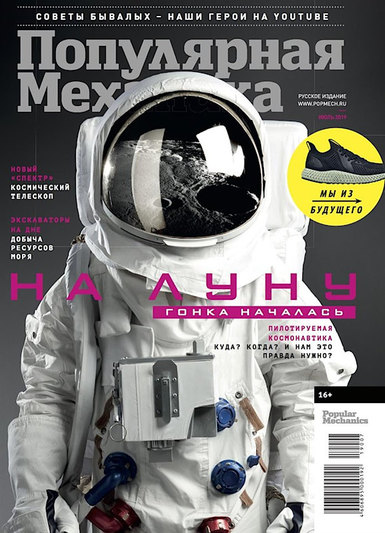 Half a century has passed since the first moon landing, and the world’s major space powers are again setting their sights on the Earth’s largest satellite. For the July issue of Popular Mechanics, journalist Mikhail Kotov wrote a survey of the programs for conquering the moon — the American, Chinese, Indian, and, of course, Russian.

Also: a test drive of the KIA Proseed GT, historical patterns in the development of unmanned aircraft and an article about why cats meow with an accent.