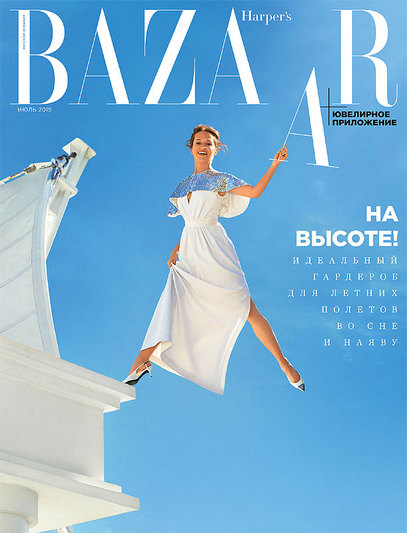 Alicia Vikander graces the cover of the July issue of Harper’s Bazaar. This release contains material about her and a photo shoot for which the actress had to fly to great heights.

The Cinema section contains a short interview with Seth Rogen. The actor told Harper’s Bazaar about the comedy “Long Shot" in which leading lady Charlize Theron fights for the presidency, and a would-be journalist played by Seth Rogen — for her heart. And Oscar winner Christian Bale offers advice on how to add variety to your life in July.