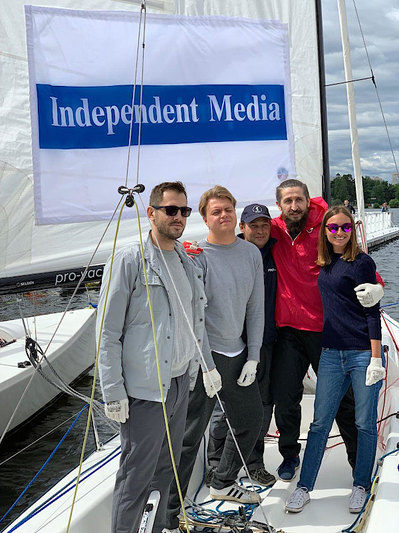 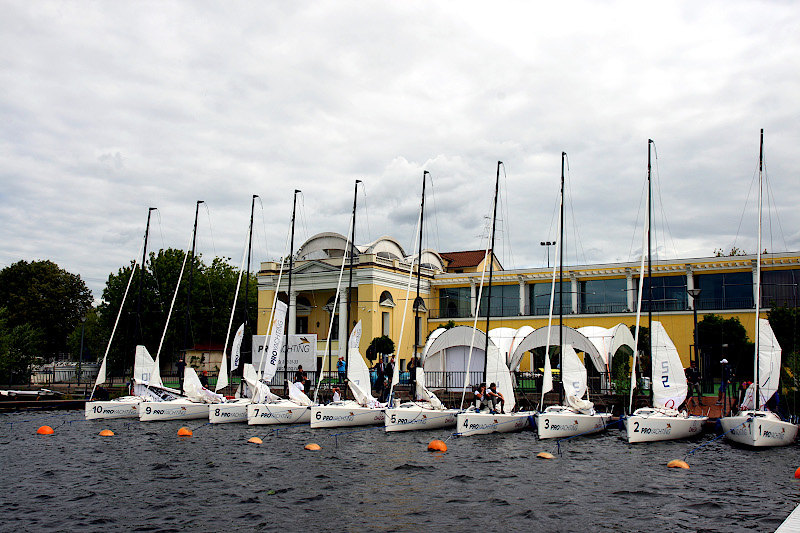 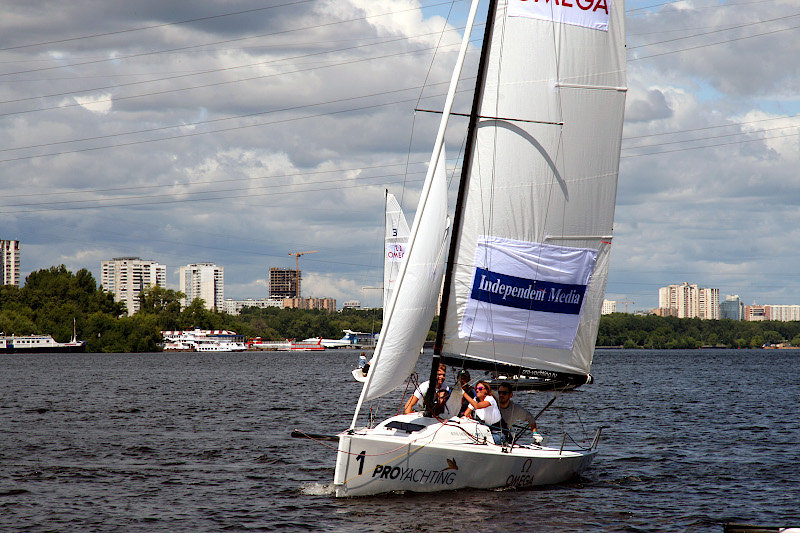 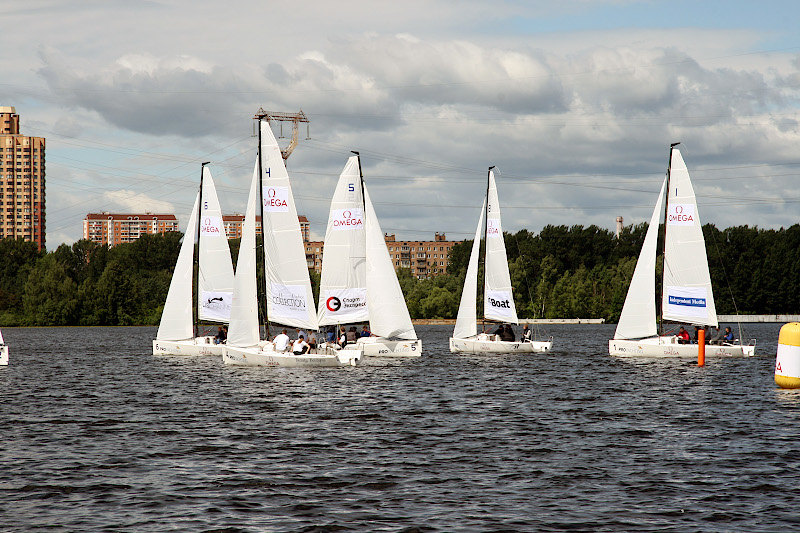 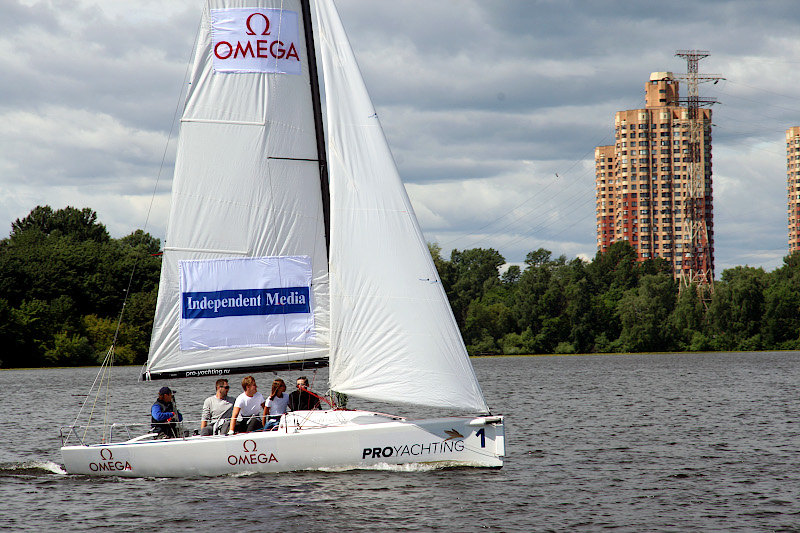 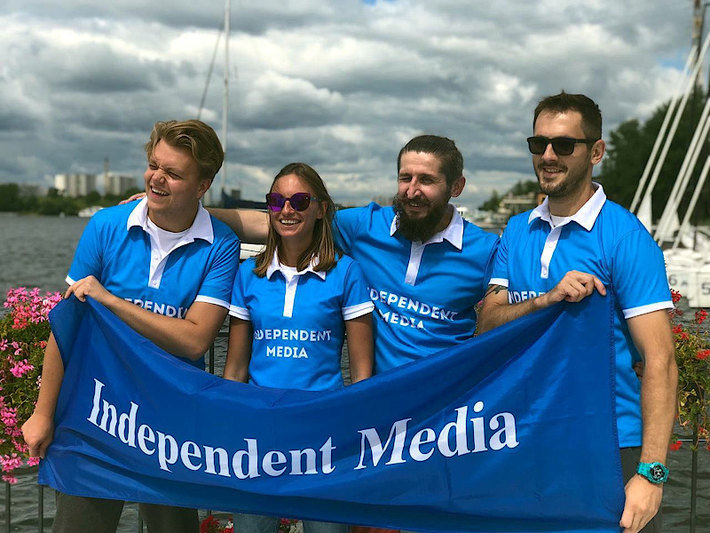 The Independent Media (IM) team went sailing on the Khimki Reservoir as part of the Media Regatta during the PROyachting Cup 2019 Regatta. With the help of an experienced instructor, the most courageous IM staffers — Dina Silina (Harper’s Bazaar), Alexey Yakovlev (Esquire), Nikita Martynov (Cosmopolitan) and Andrey Chamov (Popular Mechanics) — struggled against their opponents, the wind, and the waves. Meanwhile, their colleagues cheered for IM Yacht No. 1 both loudly and creatively from the shore.

The PROyachting Cup 2019 Business Regatta was held at the water stadium on June 30, and this year marked the sixth time the event has been held. After the journalists competed, representatives of the business community assembled at the starting line. They included the Omega team, the Rublev Porsche Center, Bosco, the Skolkovo Sailing Club, Beauty Boutique, the Artechnology architecture studio, Dantone Home, the Top System CAD Company, and the Baton bakery.

This was the first time that most of the competitors had taken part in such a race.

Read more about the regatta on the site.