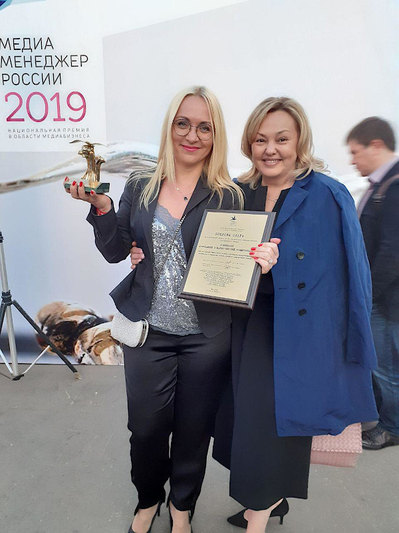 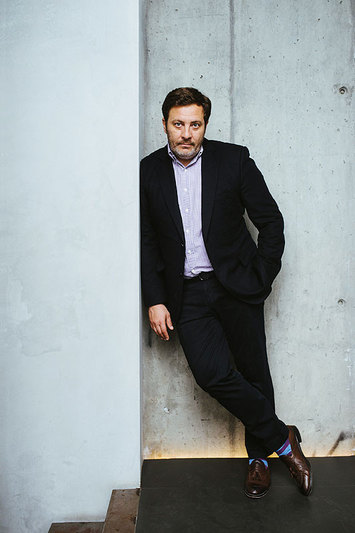 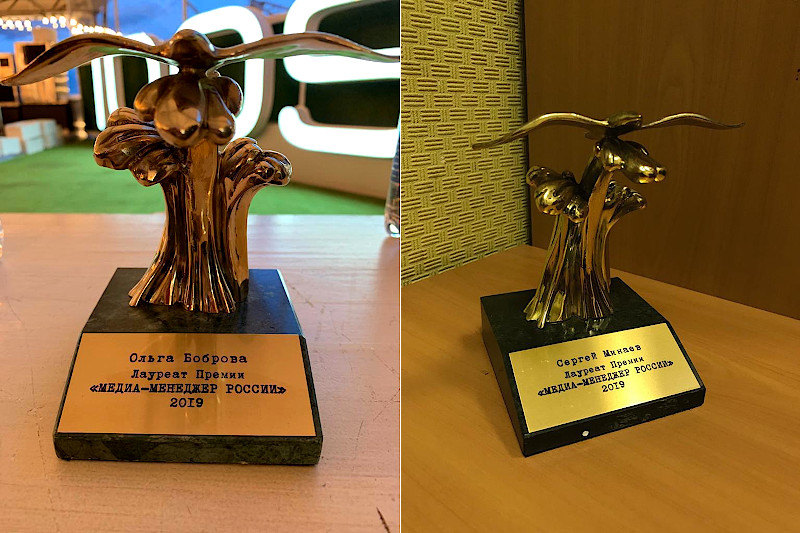 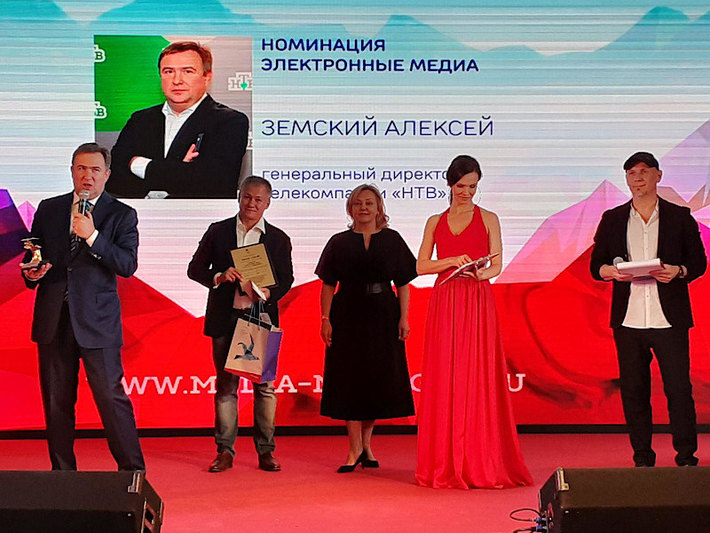 Ms. Bobrova won for Advertising and Marketing Communications in the category of marketing department head. In less than a year, she built an effective management communications model and developed and implemented a new branding approach for IM. The result was increased demand from advertisers for digital and cross-platform placements, the production of video content, segment research, and invitations for the company’s specialists to speak at the most important events of the creative and IT industries.

Mr. Minaev took the honors for Print Media in the category of National Print Media for his successful development of Esquire, his creation of a number of innovative editorial projects and for establishing a new audience in the digital space. He oversaw the successful implementation of a new concept of the Esquire site as a 24/7 publication — increasing traffic by 250% in six months, and launching the New Rap: Esquire Headliner project whose longread articles, exclusive video and online broadcasts received more than 5 million views.

IM CEO Natalia Vesnina:
“Under Mr. Minaev’s stewardship, the Esquire brand has gone beyond the bounds of print media to become a large-scale media project that attracts extremely diverse audiences — from the most well-heeled who know exactly what they want, to members of the younger generation whose values are formed, in part, through the influence of Esquire.

“This is the third year we have received the Media Manager of Russia award for digital projects, but it is due to Ms. Bobrova that the market now speaks of IM as a high technology company and Russia’s largest producer of quality multimedia content. More than anyone else, she feels the IM DNA in general and in each of our brands, and this enables her to promote them on the market effectively.

“I wholeheartedly congratulate my colleagues and wish them continued success!" Ms. Vesnina said.

Natalia Vesninsa, a member of the award’s Advisory Board, also took part in the awards ceremony by presenting the award for Electronic Media to NTV General Director Alexey Zemsky.

The Media Manager of Russia award has been presented since 2001 to top managers of the media, advertising and PR industries for professionalism and outstanding achievements in the media business. This year’s awards ceremony took place on the evening of July 4.

These were the 15th and 16th times that Independent Media managers have received the award.