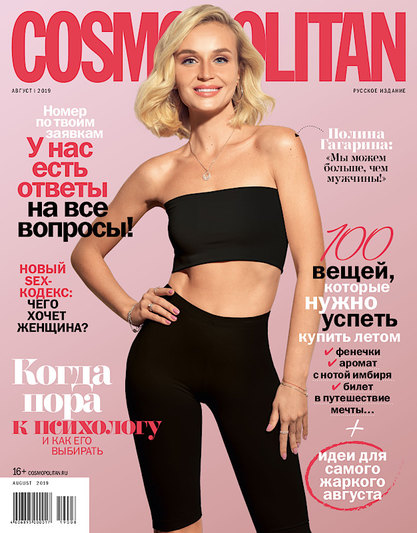 The August issue of Cosmopolitan was composed according to readers’ requests. In an interviewer, singer Polina Gagarina — who appears on the cover — shares what she thinks about ecology, esoteric subjects, and feminism.