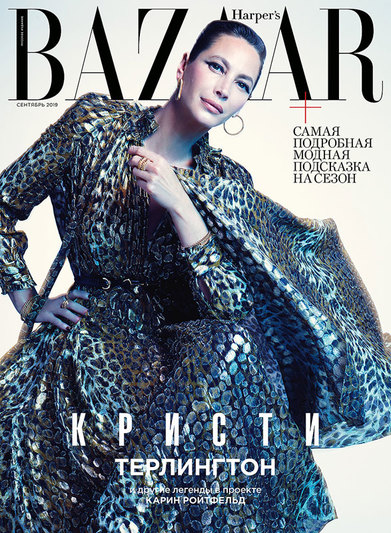 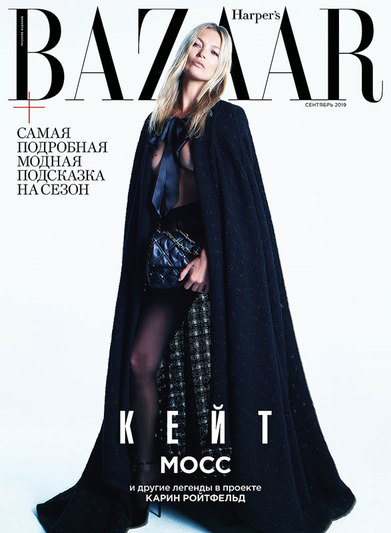 The September Harper’s Bazaar comes in large format with two covers: one featuring Christy Turlington, and the other Kate Moss. The legendary models are the stars of Carine Roitfeld’s traditional project. For the September portfolio, the international director of fashion for Harper’s Bazaar brought together the Icons of Independence – portraits of the boldest, most fiery and fashionable celebrities.