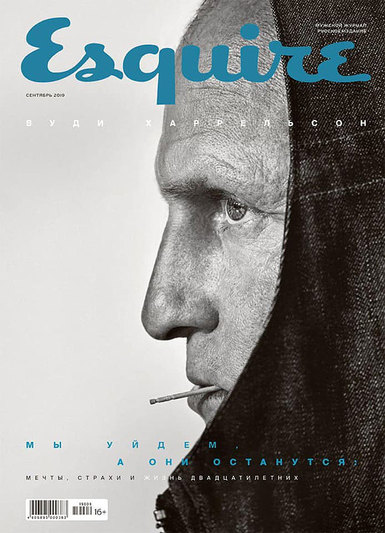 In preparing the September issue, Esquire writers spent several months accompanying young men from seven Russian cities — from Moscow to Norilsk — to figure out what this country’s lads are made of. They also saved actor Woody Harrelson from imminent death and recorded the rules of life according to singer Billy Eilish and television host Jimmy Fallon.

Also in this issue: a conversation between Esquire Chief Editor Sergey Minaev and the man behind the StalinGulag Telegram channel, Alexander Gorbunov, on how not to become a scumbag in world of self-serving people; a romantic essay by journalist Roman Super about Oksana Fandera and her photo shoot set in old estates; George Orwell’s diaries — in Russian for the first time; documented cases of communication with the dead; theatrical production according to the “Norm" of Vladimir Sorokin, and much more.